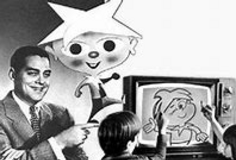 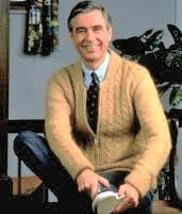 These wholesome programs were fun.  They also stimulated creativity and imagination and provided meaningful moral lessons.  What are kids watching these days?  I’m afraid that Miss Frances, Mr. Rogers, and the Captain would not approve.  Children have access to primetime programs that are laced with coarse language and vulgarity.  The airwaves pulsate with high-decibel, rapid-fire imagery aimed at children, more and more of whom are being diagnosed as hyperactive.   So many youngsters today are living revolving-door lives, shuttling back and forth between single parents.  Now, more than ever, they need television fare that provides a calm, stable foundation in their young lives.

They need people like Mr. Rogers.  He realized the power of television to improve kids’ lives.  The television industry should rededicate itself to living up the high standards that he quietly and expertly set out. 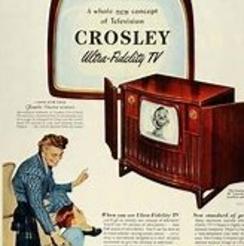 Friends in our Magic Neighborhood 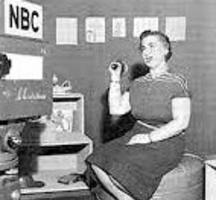 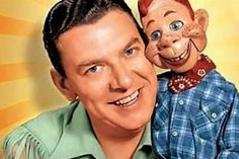 In 2003,  millions of friendly neighbors everywhere were saddened by the death of Fred Rogers.  His “Mr. Rogers’ Neighborhood” program on PBS was a kinder, gentler place for generations of children.  Rogers, an ordained Presbyterian minister with a master’s degree in child development, became famous for his cardigan sweater, no-logo sneakers, and slow, deliberate speech.

He worked hard to entertain children while helping them understand their feelings.   A primary goal was to help kids deal with problems they would face in the real world.  “It’s a privilege to be trusted by children,” he said, “and I don’t take it lightly.”   His show began in the mid 1960’s, and as television turned ever louder and brasher, his program became a quiet oasis for adults and children alike.

By the time Mr. Rogers came along, I was already in the adult world.   However, I still consider myself a member of the first “television generation.”  By the time I was seven, we had a Crosley 17-inch black-and-white TV in the living room.

We didn’t have Mr. Rogers.  However, we did have someone who must have lived right around the corner in his neighborhood.  It was Miss Frances of the Ding Dong School.  I later learned that her full name was Frances Horwich, but none of us kids knew that.  She was just Miss Frances.  Her program began with the ringing of an old-time schoolteacher’s bell.  I enjoyed the show.  It was like going to school with no homework involved.  Miss Frances, like Mr. Rogers, had a very gentle nature.  She talked to us about good manners.  She showed us the letters of the alphabet.  She demonstrated how we could make funny animals by twisting pipe cleaners into various shapes.  At the end of the program, she would send us kids out to play so that she could have a little chat with our parents.

The Ding Dong School wasn’t the only place my generation could visit on television.  There was a place called “Doodyville” that attracted millions of us every afternoon.  It was hosted by Bob Smith and his unforgettable buddy, Howdy Doody.  Bob, Howdy, Clarabell the Clown, and their puppet friends entertained the kids who sat in the Peanut Gallery.   Adding to the excitement in Doodyville were such characters as Chief Thunderthud, Princess Summerfall Winterspring, and Phineas T. Bluster.  It was a lively show, and Bob and Howdy always emphasized the values of honesty and fair play.

“Winky Dink” was an unusual weekend TV treat for kids.  To fully participate, you had to send for a special sheet of transparent plastic that fit over the front of the TV screen.  With that and a grease marker, kids could draw bridges, houses, and trees for Winky to use in his many adventures.  The show was not so popular with parents, though, since some kids drew on the screen without bothering to use the special “Winky Dink” covering.

Captain Kangaroo was on the air every morning.  He and his friend, Mr. Green Jeans, presided over an eclectic community.  There was Mr. Moose, Bunny Rabbit, Grandfather Clock, and Dancing Bear.  The Captain’s real name was Bob Keeshan, and he had an inquisitive mind.  He introduced us to interesting information about everything under the sun.  He showed cartoons, too.  I remember Tom Terrific and his amazing wonder dog, Mighty Manfred.  Their nemesis was a villain named Crabby Appleton, who was rotten to the core.  You can bet that the devious Appleton always ended in defeat.  On all of these shows, right won out over wrong every time. 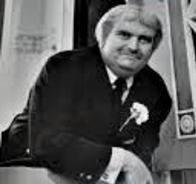