English is sure a Mischievious Language, 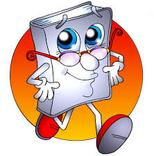 A man who is the center of attention in a current criminal investigation was quoted by the press.  He said that he was “a little overwhelmed” at the amount of media attention he was getting.

A “little” overwhelmed?  It strikes me that “overwhelm” is a word to which there are no degrees.  You are either overwhelmed or you’re not.  The thesaurus lists “drown” as the first synonym for “overwhelm.”  I’ve never heard of anyone being a “little drowned.”

As I ponder this subject, I am not a little overwhelmed at the bizarre uses to which we put the English language.  Many people who wish to express their disdain of a topic will say that they “could care less.”  That’s curious.  If they could care less, then they must have at least a tiny amount of concern.  Of course, we know what they mean, but it sounds odd.

It’s also interesting to consider the number of words we hear every day that really don’t exist.  Educated people use them regularly, imagining that they are being erudite and precise.  An example is “irregardless.”  There is no such word.  “Regardless” is what you want.

Another example of a non-existent word is “mischievious.”  There is no such four-syllable animal in English.  It’s “mischievous” with three syllables, emphasis on the first.

There’s a great deal more mischief at work in our language.  Much of it involves what amounts to word abuse.  An example is “moment.”  A television host will announce that the program will resume in a moment.  During the ensuing “moment,” you can mow the yard, do the laundry, and wash the car.  The word “moment” was never designed to carry such a load.  Someday it’s sure to break under the strain.

Another type of word abuse involves mispronunciation.  What about the second-year high school or college student who proclaims that he is a “southmore”?  Will he someday be a “northmore” or a “westmore”?  He’s really pretty sophomoric when he talks that way.

A slight turn of the vowel can have all kinds of consequences.  Last year, a passenger on a Greyhound bus shouted to the driver that there was a bomb in the bathroom.  Traffic on I-95 was backed up for 15 miles while the bomb squad checked.  What they found in the bathroom was a homeless man who was trying to avoid the price of a ticket.  You guessed it.  What the passenger meant to say was that there was a “bum” in the restroom.

As if our language didn’t have enough problems, we often go looking for more.  Recently, the Public Works Department in Sacramento, California, decided that “manhole” was a sexist term to describe a utility opening in the street.  They conducted a contest to find a gender-neutral name.  Some suggestions were “sewer viewer,” “people hole,” and “utility access hole.”  They finally chose “maintenance hole.”

What does all this mean?  It simply means that English is alive and, well, it’s just doing what it does best.  If our mother tongue is anything, it’s flexible.  It has been adapting for centuries.  Shakespeare used it to suit himself and so can we.  It’s a tough old bird, this English language.  Misspell it.  Mispronounce it.  Abuse it.  It will survive.  Irregardless.