School bus drivers are a good example.  They are first to see the kids in the morning and the last to see them at night.  They set the tone for the whole school day.  A smile and a kind word from the bus driver can go a long way with a youngster who might not be totally sold on the idea of getting up early every day to go to school.   Bus drivers are literally the link between home and school.  They see kids where they live.  Good bus drivers are skilled not only at maneuvering 66-passenger yellow behemoths over twisting county roads.  They are good listeners, thoughtful helpers, and kindly dispensers of wisdom and common sense.

There’s a person just inside the front door of the school who can also make a difference in a student’s day.  That’s the office secretary.  Her cheerful face can allay the natural fear that some kids have of the school office.  She is also the world’s foremost expert on just about everything.  She can recite all school rules and policies.  She knows what forms need to be filled out and where they can be found.  She deftly handles angry phone calls, late buses, sick kids, tardy teachers, fire alarms, and tornado alerts.  And this skilled ringmaster still manages to smile when a recalcitrant student marches in, having been “sent to the office” by a teacher.

Cooks and food servers also have a chance to influence a child’s education.  They reign over the organized chaos of the cafeteria.  Often they are the parents of the kids who are lined up for lunch.  They can keep an eye on their children as well as those of their friends.  They can provide on-the-spot counseling to those who are not displaying expected social skills.  In other words, they can identify instigators of food fights.  They can also subtly suggest that Fritos and Twinkies together do not make a meal.

Another adult who can help “teach” children is the school custodian.  He is often in the hallways when they are.  He can’t help but notice their behavior and perhaps offer not-so-subtle suggestions about improvement.  The custodian is a friend to students.  He helps them when their lockers get stuck.  And he is right there with a bucket if they spill their milk or throw up on the floor.

Many years ago I had a student who seemed to be in trouble all the time.  Melvin was a lonely kid who lived in a foster home.  Classmates can be cruel, and they discovered that Melvin had a temper that would flare at even the slightest spark.  They found it fun to tease him and then step back and watch him explode.  Of course, Melvin was a frequent visitor to the principal’s office.  After several out-of-school suspensions did not help, the principal decided to impose an in-school suspension.  The young man was assigned to help our veteran custodian for three days.  We knew that Mr. Ferguson understood kids as well as anyone in the building.

The next day, I turned a corner in the hallway to find Mr. Ferguson with his trusty mop and bucket.  Swiping another mop back and forth on the tile floor was Melvin, sporting a seldom-seen smile.  The Ferguson/Melvin team became a common sight around the school.  Through some magic evoked by soapy water, push brooms, and window cleaner, Melvin’s temper subsided and his classmates had to go elsewhere to find their fun.

They say it takes a village to raise a child.  In a school setting, it certainly takes more than the professional staff.  Some of the best learning might originate with the guy who keeps the boilers going or the lady who answers the phones.  Perhaps the best counseling will be provided by the person dishing out pizza slices on the lunch line.  And, yes, the one who makes the biggest difference might be the friendly driver of a big yellow bus who realizes the unique teaching opportunities afforded someone entrusted with such precious cargo. 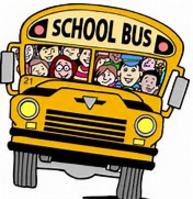 A recent letter to the editor eulogized school bus driver Stanley Townsend.  “Mr. Stan” was described as a conscientious friend of children who went out of his way to make sure each student in his care was happily and safely delivered to and from school.

The letter reminded me that it takes more than teachers and administrators to make a successful school.  There are many others who can have a powerful impact upon a child’s educational experience.