Advertising has come a long way in the last hundred years.   It surrounds us now:  we hear it on radio, see it on television, read it in newspapers, drive past it on highways, endure it on the telephone, scan it on the Internet, and peruse it on cereal boxes.

It is advertising that brings us most radio and television programs.  It  makes possible newspapers and magazines.  It supports little league teams, school musicals, sorority raffles, kids who go to camp, and yardsticks they give away at the county fair.

Of course, advertising is not unique to the twentieth century. Archaeologists have found a 3000-year-old Babylonian sign which offered wine for sale.   Much later, the ad business picked up a powerful tool when the printing press was invented in 1448.    Not long after that, someone ran off some circulars and the game was on.

The late 18th century saw advertising become an art form.   P.T. Barnum  proved that there was real profit in promotion.  He hired advance men who posted notices all over the small towns of America heralding the arrival of his amazing exhibitions.   Meanwhile, itinerant sign painters helped products of all kinds make themselves known to the public.  Farmers across the land were happy to swap the side of a barn for a fresh coat of paint, and soon Mail Pouch tobacco was a household word.  "See Rock City" became a familiar phrase to travelers, the large black-and-white letters imprinted upon barnsides from the Atlantic to the Pacific.

Advertising has become such a part of our culture that it is woven into the fabric of our memories.  I  fondly recall the old screen door on the front of the little grocery in the neighborhood where I grew up.  In bright orange letters it declared "Colonial is good bread."  Some of us can still sing the words of the commercial jingles that  hit the airwaves in the heyday of radio.  Who could forget the cracking voice of Henry Aldrich singing, "J-E-L-L-O!"?    One night fifty years ago my family walked down the street a few houses to get a glimpse of a new device we had heard about.  It was our first look at a television set.  The program we watched was "Amos and Andy."  I don't remember a thing about what Andy and Kingfish were up to that night, but I clearly recall the commercial for Blatz Beer (a cartoon character on an animated train sang "I'm from Milwaukee and I ought to know...").

Newspaper ads, too, have found a niche in the memory bank.  In my mind I can still see the full-page L. S. Ayres ad that ran every Christmas Eve.  It was the poem "A Visit from St. Nicholas" complete with illustrations.

Company slogans and logos have impressed me, too.  One of the earliest I recollect is the one for Buster Brown shoes (I'm Buster Brown, I live in a shoe.  That's my dog Tide, he's live in there, too.)

We didn't pay much attention to brand names when I was a boy. Unlike today, they were not plastered all over our T-shirts.  We did take great pride, though, in the Schwinn insignia beneath our handlebars and our genuine Red Ryder rifles.

No one in my generation could have missed the Burma-Shave signs. These small red placards usually came in five parts, spaced evenly along the side of the road.  The first four presented a clever rhyme that had you smiling by the time number five closed the deal with the simple words "Burma-Shave."  As a kid, I always kept a keen eye out the car window for these odes by the road.  I will always remember the verse that was posted along old Highway 421:

One look at Jim

And threw the peanuts

There was always laughter all around, at my expense.  But I liked it.

What does the future hold in store?     Will man travel to Mars?  Will we have colonies in space?    Will the Cubs win the World Series?

We'll have all that, and more,  after a few words from our sponsor.

The twentieth century brought so much into the world:  Automobiles, radio, television, air travel, space travel, computers...the list goes on and on and on.

The years between 1900 and 2000 might also be called the AD century.  Advertising moved from the medicine wagon to Madison Avenue.  It might be called the ad age, the slogan century, the thirty-second jingle generation.

Yes, the 20th Century introduced the days of frequent pauses for important messages. 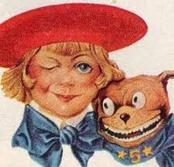 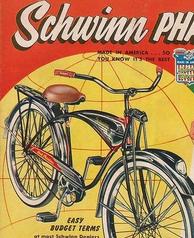