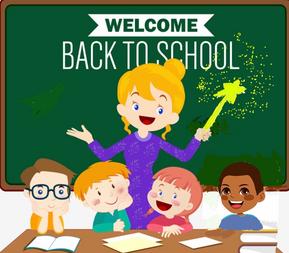 Retired teachers have plenty of mixed feelings every year when school is about to begin again.

We see the “Back to School” ads and we smile, smug in the knowledge that they have nothing to do with us anymore.  As we drive by the local schools, we notice bands and athletic teams warming up for the season.  We read about the pressures of upcoming standarized tests.  We hear from teacher friends still in the trenches.  They tell us about their larger classes, increased paperwork, extra duties, and meetings, meetings, meetings.  We are sympathetic listeners, of course, because we’ve been there.  Yes, been there many times, and pretty glad we’re not there now.

Yet, there’s something about this time of year that stirs us inside.  Maybe it’s the chalk dust in our veins.

Teachers know what I mean.  Sure, they’re overwhelmed with work as school begins for another year.  They are frazzled by endless details involved in lesson plans, course objectives, team goals, and preparation for standardized tests.  They are weary and worried, wondering what the new school year will bring.  But none of that is deep enough to conceal plain old-fashioned excitement, fresh and pure, unadulterated by federal, state, or local dictates.

It’s excitement that comes with a magic anticipation that all good teachers feel about a new term.  Forget the meetings and insurance forms and grading scales.  What the teachers want to see are their class lists.  It’s not just the kids who run around with their schedules asking, “Who’d you get?”  The teachers do it, too.  They know the names on the roster will become etched in their brains very soon, and that those names herald the kind of year it will be.

After all, these are the “kids” for the year.  They’re just names now.  But soon each will be affixed to a face and personality.  Each will be special.  Beauty or beast, devil or angel, scholar or not, each name represents a kid who needs a teacher.

That’s why there’s magic in the first days of school.  Taking seed is a precious and unique relationship:  the one between a good teacher and a receptive student.  There’s no human affiliation quite like it:  not between doctor and patient, lawyer and client, not even between parent and child.  When a teacher and student “connect,” dreams blossom and horizons open wide.

Schools are hectic places these days, and the magic can become temporarily lost under a stack of papers.  But make no mistake.  Teachers change lives.  As Henry Brooke Adams said, “A teacher affects eternity.  No one can tell where his influence stops.”

When Dwight D. Eisenhower was in the White House, a celebrity dinner was planned.  Among those invited was best-selling author James Michener (Tales of the South Pacific, Hawaii, The Source.)  When Michener received the invitation, he declined with a letter:  “Dear Mr. President:  I received your invitation three days after I agreed to speak a few words at a dinner honoring the wonderful teacher who taught me how to write.  I know you will not miss me at your dinner, but I know she will at hers.”

The President sent a handwritten reply a few days later.  Ike wrote, “In his lifetime, a man lives under fifteen or sixteen presidents, but a really fine teacher comes into his life but rarely.  Go and speak at your teacher’s dinner.”

As a new year begins, most retired teachers are probably happy to stay retired.  But most of us surely miss the magic: the awesome opportunity to be that “really fine teacher” who can make a difference in a child’s life, a child who now might be just a name on a class list.