50s Kids Got A Glimpse of the Future 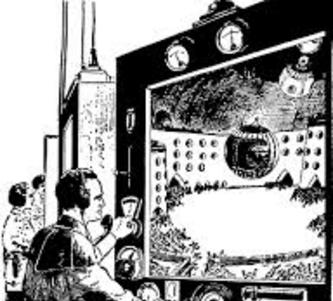 I remember sitting in Mr. Lockard’s room on the third floor of the staunch red-brick elementary school at 10th and Main.  We were talking about how everyday life would be when we grew up, which to us kids seemed to be about a thousand years away.    The current Weekly Reader had contained an article about technology of the future.  The author had suggested that someday, in the distant years of another century, people would not have to go to the store.  They could use television screens to shop for anything they might need.  Simply by pushing buttons they could order up their clothing, food, books, and whatever else their hearts desired.

In addition, the writer predicted that we would not have newspapers thrown on our doorsteps each day.   Amazingly, the citizens of  tomorrow would get their newspapers piped into the home by wires.

These were wild ideas for the young scholars in Mr. Lockard’s room.   Some of the kids in my class didn’t yet have telephones in their homes.  For us, radio was a scientific marvel not likely to be topped, although a few of our living rooms already featured 17-inch black-and-white television sets.

We were doubtful.  Electronic newspapers?  Sure.  And Buck Rogers would deliver them.

Mr. Lockard tried to be optimistic, I think, but he was really just about as skeptical as the rest of us.  For him, the blackboard was high-tech enough.  Give him some chalk and a good eraser and he could teach you anything you needed to know.

Well, Mr. Lockard, it looks as though the future is beginning to arrive.   At least one of your old students is spending a lot of his time these days sitting in front of a screen that has newspapers delivered to it by wires.  As a former paperboy, I am amazed at a newspaper that does not have to be rolled up, tied with a rubber band, and tossed onto the porch (or bushes if your aim is bad.) The news comes to us from hundreds of sources around the globe.  It is flashed to us  through cyberspace.

So the Weekly Reader was right.  I am sure that Mr. Lockard would be surprised. Something else that would amaze him is the fact that the newspaper is not the only item coming into the home by wires.

Everything under the sun is coming in on the internet.   Having surfed the “world-wide web," I have found there is nothing you can type into a “search engine” that will not have at least a few responses.  Everybody and everything is being “piped” into our homes.

Schools are no exception.  As I begin the final few years of my teaching career, I find that I have embarked upon a new frontier.  My classroom is on line.  My students can “log on” to my Web page and learn about assignments and projects.  They can check the schedule of upcoming classroom events and participate in a variety of on-line activities.  They can even hand-in homework that can be displayed on the front page of the Web site (if it’s good enough.)

My cyberspace classroom is just one of thousands nationwide.  I have no skepticism here.  This is the beginning of a new era in education.  My school Web page, as innovative and miraculous as it is to me, will look primitive in a very short time.

Kids who come to my classroom on line are never tardy.  They never speak out of turn, and as far as I know they don’t throw spitballs.  The school flickers in front of them, the result of millions of electrons and the magic of a technology that even the Weekly Reader did not foresee.

One thing is familiar, though.  My electronic classroom  has a “blackboard” upon which I can magically write the lessons of the day.  For decoration, an artist has drawn a picture of chalk and an eraser at the bottom of the video screen.   I think Mr. Lockard would like that.

We saw it in My Weekly Reader 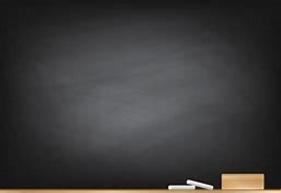