Indiana Artist T. C. Steele and The House of the Singing Winds 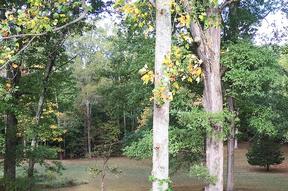 Autumn leaves turn to red and golden hues on trees all over Indiana, but Brown County seems to have the franchise on nature’s most spectacular displays of color.  Rolling hills, valleys, and ridges crowded with maples, oak, sweet gum, and sumac provide views that inspire thousands to make pilgrimages to the Nashville area each fall.

We took such an outing recently on one of those cool and sunny afternoons that make the Hoosier State the best place in the world to be in the fall. Coming across highway 46, we turned south at the little town of Belmont.  Another two miles brought us to a stone archway next to a venerable old oak tree.  We turned down the narrow lane to the T. C. Steele State Historic Site.

We knew a little about the famous Indiana artist.  A lovely autumn day in Brown County seemed the perfect time to learn more.  That’s where Lowell came in.  He was our amiable tour guide.  He showed us through the artist’s first studio at the site, where we were amazed to see scores of original “T. C. Steeles” hanging all around.  We were surrounded by scenes of trees, flowers, hills, and meadows, all in softly muted colors skillfully cast in various degrees of sunlight.  Among the paintings, we recognized the handsome oak tree by the driveway.

Lowell told us that Theodore Clement Steele was a member of the renowned Hoosier Group of Impressionist Painters.  He said that, in 1907, Steele and his wife Selma had purchased these 200 acres in Brown County for a summer home and studio.  The artist felt that the hills, streams and trees offered a subtle beauty which he could capture on canvas.

They called their home “The House of the Singing Winds.”  Lowell explained the name came from the sound the wind made as it blew through the screened-in windows.   He said that when the couple first moved in, the neighbors were suspicious of the bearded artist who had no interest in planting crops and his wife who spent most of her time tending a multitude of flowers.

But he said it wasn’t long until the neighbors warmed up to them, especially after they were invited over to see the home, view the paintings, and hear the Victrola.

By the time he moved to Brown County, T. C. Steele had already established a reputation as an accomplished portrait painter.  He had worked out of his Indianapolis studio for many years, painting likenesses of prominent people of the day, including Benjamin Harrison, James Whitcomb Riley, May Wright Sewell, several Indiana governors, and officers of nearby Indiana University.

The portraits provided his bread and butter.  But the landscapes were closest to his heart.  The Steeles eventually made Brown County their year-long home.  T. C. loved the woods, which he said were “sanctuaries necessary for sanity and growth . . . places not only for recreation and enjoyment but inspiration.”

As he meandered with easel and canvas through the hills, the artist found a never-ending world of inspiration.  He wrote, “Every hour of the day, every time of season, and condition of weather, is full of fleeting charm.”

Steele’s work earned world-wide praise.  Visitors began to find their way up the lane to see the artist at work.  In his final years, he became an artist-in-residence at Indiana University where students had the opportunity to work with the master.

When he died in 1926, Selma continued to live in the home in the hills of Brown County.  In 1945, she donated the estate to the people of Indiana.  Included in the bequest were over 300 original works of art, many of which are on display in the home or nearby Indiana University.

Lowell proudly showed us through the home and studio which are virtually the same as when the artist and his wife lived there.  There’s the red-cushioned Victorian sofa, the exquisite kerosene lamp, the mission table, and the old wind-up Victrola.  On Steele’s work table are his palette, brushes, and even a pile of squeezed-up paint tubes.  The ashtray still holds his half-smoked cigar.  Everything is the same as it was when the artist and his wife lived there over 80 years ago.  “It was easy to open his estate as a museum,” Lowell said.  “All the state had to do was put a sign out in front of the place.”

When we departed, we drove back down the lane, past the old oak tree, and back onto the county road, which took us over gentle hills and through a forest of trees in their lovely autumn dress.  It seemed to me that we were driving through a real-life version of a “T. C. Steele.”  I remembered the words carved into the mantle of the fireplace at the artist’s home:  “Every morning I take off my hat to the beauty of the world.”