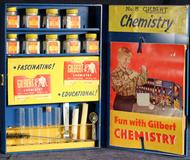 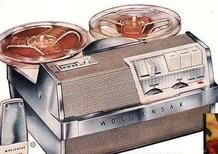 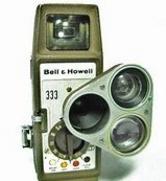 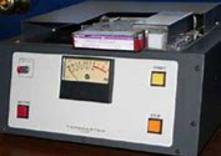 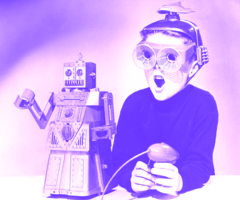 Confessions of an Early Adopter 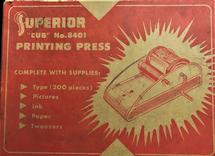 You did not see me waiting in line to buy the first i-Phone.  It’s not because I had not heard about it.  There was certainly enough hype leading up to its release.  Technology fans were positively giddy in their demonstrations of the marvelous feats the sleek little device could perform.  But, for me, their enthusiasm was not contagious.  I had practically no idea what they were talking about.

That’s an ironic position for me.  Growing up, I was on the cutting edge of 1950s technology.  I was stinking up the basement with my Gilbert chemistry set while other kids were climbing trees.  For walkie-talkies, they tied string between tin cans.  I had an intercom radio station on the air from my upstairs bedroom to the kitchen.

One of the best Christmas presents I ever received was the “Superior Cub Printing Press.”  As reporter, editor, and publisher of our family newspaper, I used tweezers to carefully piece sentences together, one tiny letter at a time.  It was work, but I took heart from the knowledge that it was the way Benjamin Franklin had started.

As I grew a little older and started working part-time jobs, I had enough money to keep up with the wave of new inventions.  An eye-witness to the transistor revolution,  I carried a Zenith Royal pocket radio.

I brought a touch of Hollywood to my hometown when I purchased a Bell and Howell 8mm movie camera.  I became the local Cecil B. DeMille and family members were stars of three-minute epics which I don't recall winning any Oscar nominations.

I pulled off a major coup in my crowd when I saved up enough money to get a Wollensak reel-to-reel tape recorder.  I took it to Mr. Crowell’s English class and placed the microphone in the middle of a circle of students reading the lines of “Our Town.”  It was a hit.  Most of my fellow students had never before heard their recorded voices.

A few years later I got into radio just at the beginning of the era when stations were getting equipped with new-fangled cartridge tape machines.  These represented a great advance in broadcasting.  Like 8-track tapes which came later, they employed a continuous loop of tape which used cue tones to stop at the appropriate places.  I became something of an expert on these devices and helped introduce them to two or three different stations.

I was still on the cutting edge a few years later when home video cassette recorders became available.  That’s a time when you might have seen me waiting in line -to purchase one of the first RCA models.

I think the VCR is what did it for me.  With it, I felt as though I had reached the peak of progress.  After that, I lost track of innovation.

It’s a sad state of affairs for a high-tech 50s kid who wore a wristwatch in the second grade and did his homework on a heavyweight L. C. Smith typewriter.  I hear now that only 13 percent of teenagers even wear a wristwatch anymore.  They get the time from their cell phone.  And typewriters have found their way to museums, next to transistor pocket radios and reel-to-reel tape recorders.

A few weeks ago, I was talking to a young man who works at a radio station.  I asked him if they were still using cartridge tape machines.  He looked at me strangely.  He didn’t say it, but I know he thought I had worked with Marconi.

”No,” he said politely.  “Everything is recorded digitally now, and we use a computer monitor to select what we want to play.  I can’t think of a better way to do it.”

Don’t worry, I thought.  Somebody will.